The Baader-Meinhof Phenomenon...you'll probably hear or read about this again very soon. 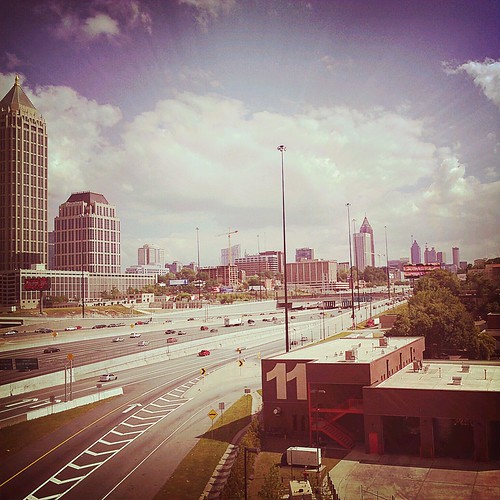 Life has been crazy as of late, it could always be worse I guess. Hope everyone's doing well.

Where did you begin 2010?
Was at a NYE party up in Lawrenceville, GA. It was pretty fun. Had absinthe for the first time, someone brought it back from Morocco or something.

What was your status by Valentine's Day?
Less than 4 months away from being married.


Did you have to go to the hospital?
Only for work.

Did you have any encounters with the police?
Nope.

Where did you go on vacation?
Went to Jamaica for my wedding/honeymoon. Also went to Savannah in August for a friend's birthday weekend.

drwolfenstein got married to her long time boyfriend, one of my coworkers got married, as well as

penispies getting married towards the end of the year.

Did you know anybody who passed away?
My mother's godmother's daughter passed recently.

What sporting events did you attend?
I went to a Texas Rangers game!

What concerts/shows did you go to?
None. How sad.

Describe your birthday?
Went to Six Feet Under for dinner with friends and then went Limerick Junction. The guy that was there the year before to sing and what not was there again. Shit was pretty epic.

What's the one thing you thought you would never do but did in 2010?
Smoke. I figured I'd missed my window since I'm so damn old now.

What has/have been your favorite moment(s)?
The wedding was pretty incredible. Also getting to see Niagara Falls and going to Canada was pretty sweet.

What's something you learned about yourself?
I'm a pretty boring dude.

Any new additions to your family?
I have a whole set of in-laws and cousins now haha.

What was your best month?
June.

What music will you remember 2010 by?
J. Cole and Kanye

Made new friends?
A few I guess.

Any regrets?
Spent too much money going out to eat and such.

What do you want to change in 2011?
I want to be healthy and save more money.

What would you change about 2010?
I want to be healthy and save more money.

How old did you turn this year?
29

Do you have a New Year's resolution?
Nah

Start a new hobby?
I need to get back into taking pictures again.

Back in Winchester, KY. Just as boring as last time, only more snow. Had 40oz of Budweiser tonight while watching the Vikings get demolished on MNF.

Squandered an opportunity to meet

fellatrix due to bad weather and my ineptitude of driving in the snow when I was in Delaware. No disrespect (cue something disrespectful), but man. If I were born in Dover I would've run away from home. At least it's close to Philly. Didn't really get to see much of Philly, but it's crazy to me that they have multiple FM stations dedicated to sports...that's what I listened to on the drive into Dover too haha. Last week was pretty big for Philly sports...anywho.

I'm in Winchester, home of the jelly you can only buy in the pharmacy section. The people I'm working with told me not to eat anywhere locally...not because they're haters or anything, but due to health code violations...Scary stuff

Thank God, I'm only here for two nights. Merry Christmas, and Happy New Years. Hope all of you guys are doing well.

PS I feel like LJ is dying. Did everybody move to tumblr or wordpress or something? What's the deal?

You have to know before you can be a hypocrite.

How long do you think it takes for a typical adult male to grow a fully developed beard?

Posted via LiveJournal app for iPhone.

If you could only use one type of condiment for the rest of your life (for salads, sandwiches, hot dogs, etc), what condiment would that be?

I know I'm probably late as hell, but I've been listening to this heavily since the wee hours of the morning. Jay Electronica is nice. The beat is ridic too. I got Exhibit A and the instrumental from iTunes last night.

That's all I have to say about that.

You get to ask me one question.

Any question, anything, no matter how crazy, dirty, or wrong it is.

Comments screened and this is public.
Collapse